COVID-19 Update: I have openings in September for in-person, video or phone sessions. I use a secure online video platform called OnCall Health.

When John Schurmann was 12, his family immigrated to Quebec from Switzerland. Although he spoke Swiss German at home and heard French in the community, he was sent to the area’s only English school. He was both bored and overwhelmed.

After he failed Grade 6 twice, the school board, without consulting his parents, placed him in a school for mentally challenged children. Fortunately, his teacher recognized he didn’t belong and helped him with his English.

Mr. Schurmann continued to struggle but completed high school and, two years later, enrolled at a Bible college. There, he stumbled on the idea of counselling – and felt he had found his calling. He describes university – he went on to earn a bachelor and masters of social work – as “boot camp times three”. But he stuck it out because he felt so strongly he was meant for a career as a counsellor. When he entered the workforce, however, his struggles continued.

“I couldn’t focus long enough to do seven hours of work a day. After three hours, I’d be burned out,” he says. Shocked and scared, he began to wonder how he would ever have a normal, fulfilling life.

Despite all his schooling, it wasn’t until he began working with a psychiatrist at Scarborough General Hospital that Mr. Schurmann learned about ADHD (attention deficit hyperactivity disorder).

He identified with the young patients who talked about their struggles to pay attention in class, complete homework and do well on tests.

“All these kids,” he recalls thinking, “that’s me.”

He approached the psychiatrist who immediately confirmed Mr. Schurmann’s self-diagnosis of the genetic neurological disorder and prescribed medication.

“I’ve never felt this great, this calm, this sharp,” he recalls telling his colleague, who responded, “That’s what non-ADHD people experience every day.”

“If I wasn’t put on the medication,” Mr. Schurmann continues, “I could not have started my private practice. Everything I’d learned up to that point would have gone into the garbage…. I don’t know where I’d be because this is my dream and I wouldn’t have accomplished my dream. I don’t know how you live with that.”

That was over a decade ago. Now Mr. Schurmann runs a successful counselling and life-coaching business from his home in Markham and is married with two children.

Although his website offers information on ADHD and gives a brief synopsis of his own battles, it wasn’t always a focus of his practice.

But as more people came to him for help with issues – kids with behavioural problems and difficulties at school; adults with troubled relationships, failed careers and addictions – that stemmed from undiagnosed ADHD, he realized there was a need.

Now, he’s more open about his own diagnosis in the hopes it will get people talking and seeking help.

Mr. Schurmann and other adult ADHD sufferers are fighting two misconceptions: ADHD is not a “real” illness and it’s only diagnosed in children.

He thinks awareness and understanding is growing – and cites recent coverage on CBC Radio as well as the Dr. Oz Show as proof. Education – of the general public and in particular teachers and family doctors – will make it more likely for sufferers to seek and receive help.

“It’s an incredibly huge disability,” he says. “You can’t fix it and it doesn’t fix itself.”

But it can be treated.

Using a standard screening instrument: "Adult ADHD Self-Report Scale (ASRS-v1.1) Symptom Checklist," Mr. Schurmann helps explain the results to his clients. If the results are highly consistent with ADHD in adults he directs clients to their family doctor for further investigation.

He also strongly recommends counselling/life coaching to help clients build the skills they need to move forward and make the most of their lives.

Prior to finding out that I have ADHD, I found myself in the grip of depression, anxiety, marital problems, social fears and low self-esteem - that made no sense to me...

Famous People Who Have ADHD

If you have ADHD, you are in very good company with the list of famous people who either have been diagnosed with attention deficit disorder, or have many of the symptoms of this disorder that suggest they may have had it. 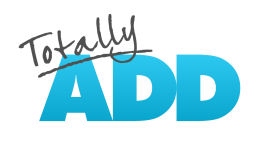